Nifty futures on the Singapore Exchange were trading 0.30 per cent higher at 16,666.50, signaling that Dalal Street was headed for a positive start on Thursday.

ONCG: The company’s subsidiary and its flagship overseas firm ONGC Videsh is in a fix as Exxon Mobil, one of the partners, has decided to exit Russia Sakhalin-1 oil fields in Far East Russia, sources said. ONGC Videsh Ltd (OVL) and three other state-owned Indian firms hold 49.9 per cent stake in a separate Vankor oilfield in west Siberia but that investment will not be impacted as they repatriated their dividend income from last year in January 2022 and would not immediately face issues because of Russia being cut off from the global payment system SWIFT over its Ukraine invasion.

UPL Ltd: Agro-chemicals major in a regulatory filing said that its board has approved the proposal to buy back fully paid-up equity shares of face value of Rs 2 each from shareholders (other than the promoters, the promoters group and persons in control of the company), for an aggregate amount not exceeding Rs 1,100 crore, the maximum buyback size. The buyback of shares will be at a price not exceeding Rs 875 per equity share through the open market route.

Vedanta Ltd: The company will pay a dividend to investors for the third time this financial year as a rally in commodity prices boosts its earnings. Vedanta will pay the third interim dividend of Rs 13 per equity share for 2021-22, the company said in a stock exchange filing. This will amount to a payout of Rs 4,832 crore.

Tata Motors: The auto major said it has commenced bookings for the Altroz DCA, the dual-clutch automatic version of the premium hatchback. The bookings for Altroz DCA can be done at all authorized dealerships of the company with an amount of Rs 21,000 and deliveries for the same will start from mid-March.

NMDC: The government-owned miner has posted a 26 per cent jump in its iron ore output to 37.18 million tonnes (MT) during April-February period of 2021-22, an official statement said. During the year-ago period, the company had produced 29.52 MT of iron ore, the Ministry of Steel said. In February 2022, the company saw its production growing 11.7 per cent to 4.31 MT from 3.86 MT in the same month last year. 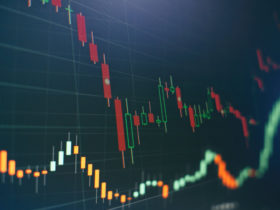